trained as a Flautist and Pianist but fell in love with the sound of Pan after finding a set in John Bunyan Upper School, I was very lucky to then train with Richard Murphy, ex Groovers band player and Itinerant Pan man whose attention to detail and patient style of instruction I have tried to honour ever since. The possibilities for an orchestrally trained musician were too exciting to pass up, imagine ‘Fanfare for the Common Man’ on Pan and you get the idea! I have had the most wonderful time teaching others to play in a Steel Band and am very excited about bringing this magic to New Zealand.

Directed musical groups that have been finalists in the National Festival of Youth (UK) several times.
Toured and performed in France, Belgium, Germany and the Netherlands, and in 2011 to Bremen, Germany to take part in the Bremen Festival , one of only three UK groups invited to take part.
Winner of the British Steel Band Festival in 1992.
Performed at a wide range of venues and events from The Royal Festival Hall, Buckden Palace, Queen Elizabeth Hall, Millenium Dome and in front of 40,000 for Aston Villa!
Recorded two albums for public sale.
Sacred Voice Festival – Auckland.
Te Puna Quarry Festival.
Greerton Christmas Party.
Katikati Santa Parade.

MY AIM IS TO BRING THE MAGIC OF STEEL PAN TO AS MANY FOLK AS POSSIBLE, I LOVE THE EXCITEMENT OF ENABLING OTHES TO PLAY, BRINGING INTO THEIR LIVES SOME FUN I HAVE HAD OVER THE YEARS. 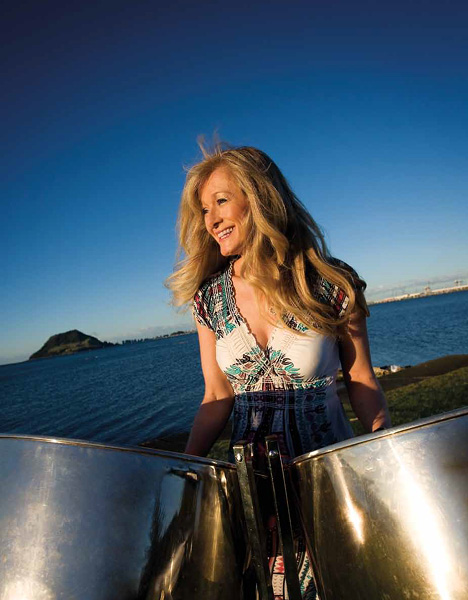